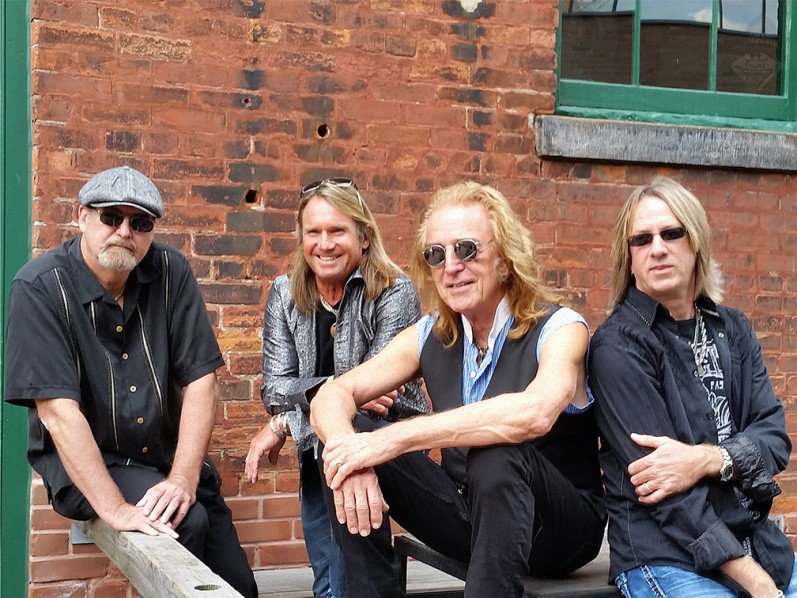 Foghat’s live performances show why the band is still around today and why they will be able to keep on rockin’ as long as they want. This band truly is timeless. Constant touring is part of their DNA and the band just loves to play. Their live show is as intense as ever with the incredible energy and musicianship that one would expect and hope for from a seasoned band with such a long musical history and they are bringing their fans along for the ride. Not content to rest on their laurels, the band

released a great new studio album in June 2016 titled “Under the Influence”, and another 'live' album in June of 2017 called 'Live at the Belly Up'. Both were given great reviews by press audience alike. To keep the ball rolling, they are planning to release a live DVD in 2018!

Foghat fans are everywhere and these days their audience consists of all ages. From the young kids who play Guitar Hero III and know all of the lyrics to ‘Slow Ride’, to the Dazed & Confused generation of 30-40 somethings and the ‘boomers’ who bought Foghat’s first vinyl or 8 track! Looking out at the audience and seeing all of the generations rockin’ to Foghat is very gratifying to the band. According to lead singer Charlie Huhn, “the band just wants to make sure that after every show, they are allconvinced that they just got rocked, from the second we start the first song to the end of the show”.

Formed in 1971 when Lonesome Dave Peverett and Roger Earl left the British blues-rock band, Savoy Brown, Foghat has earned eight Gold records, one Platinum record and one Double-Platinum record. And they continue to release new music every few years. They have never stopped touring and recording although there have been several ups and downs and changes over the years. They sadly lost Lonesome Dave Peverett in 2000 and Rod Price in 2005, but Roger Earl kept banging & kicking tokeep Foghat’s musical legacy going.