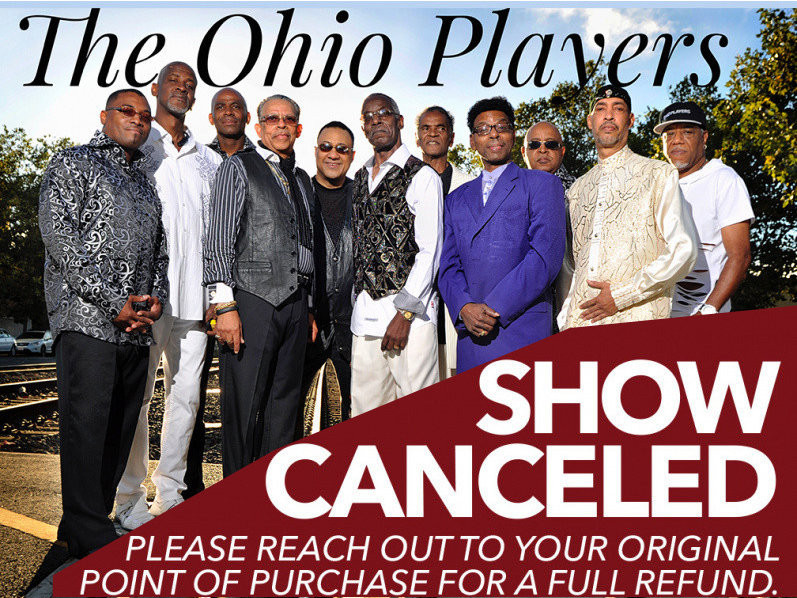 We apologize for the inconvenience, The Ohio Players show has been canceled. Please contact your point of purchase for a refund. Tickets purchased from Sycuan Casino Box Office & Online through Sycuan.com may contact boxoffice@sycuan.com for refund details.

The Ohio Players came into musical prominence in the 1970’s as pioneers of street funk and underground R&B. After signing with Mercury Records in 1974 through 1977 The Ohio Players landed three consecutive platinum albums “Skin Tight, “Fire”, and “Honey”. Two number one singles on the billboard pop charts “Fire” and “Love Rollercoaster” and five number one R&B singles “Funky Worm”,”Fire”,”Sweet Sticky Thing”, “Love Rollercoaster,” and “Who’d She Coo”. The Ohio Players traveled the world and produced more than a dozen albums and received 14 gold and platinum awards for their labors. They also appeared on many national television programs from Dick Clark, Don Kushner, to David Letterman. Since then there is a long list of Artists who have sampled or re-recorded their material to list a few: Snoop Dogg, Puff Daddy, Salt & Pepper, Too Short, Sound garden, Red Hot Chili Peppers, Paul Jackson Jr., and Alex Bugnon. Currently the band consists of 10 members 4 of which are original members. James “Diamond” Williams (Drums), Billy Beck (Keyboard), Clarence Willis (Lead Guitar), Robert Kuumba,(Percussion). One might think the band members could now sit back, and count their gold and platinum records, enjoy the memories and fade into an easy retirement. Nothing could be further from the truth. These guys have maintained to keep busy and have been entertaining crowds of people all over the world who sing their songs and dance to the melodies and funky grooves. The summer of 2009 the group played several engagements just to mention a few. In Louisville Ky. Fourth of July with a crowd 40,000 (+) that endured the rain and stayed to listen despite the weather, Washington D.C. at the Carter Barron, Several Casino’s, and Also the Indianapolis 500 Ball, and also the Indianapolis 500 Parade with over 300,000 in attendance. These dates are just a few that stick out.

Club Sycuan members save 20% when purchased in person at the Box Office! Must be 21 or older for all shows.