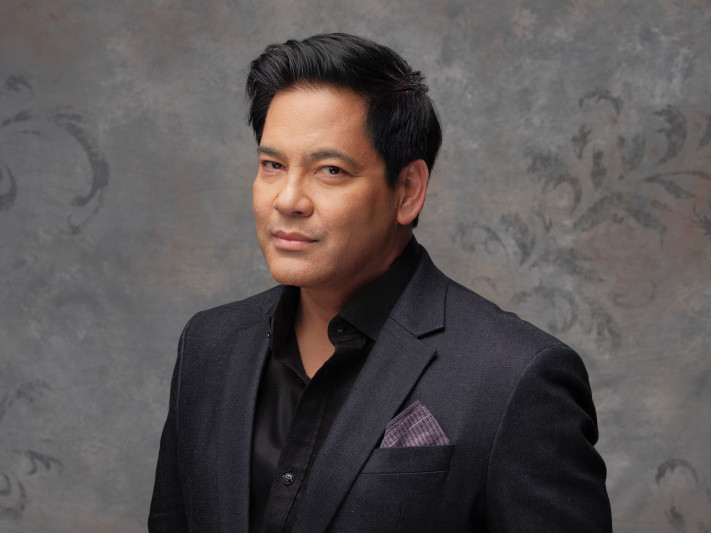 Martin comes from a family of singer on both sides. His Father is well known balladeer, Bert Nievera who was known as the Johnny Mathis of the Philippines. He gave 10 great years of his life performing with the premier show band from Honolulu Hawaii, “The Society of Seven.” In those 10 years Hawaii was home and that's where Martin started dreaming of one day becoming a singer himself. What a lot of people don't know is on his mother's side his grandmother was metzo soprano, Lourdes Coralles who has never even seen Martin on any stage. She past away a few days after Martin was born on February 5, 1962, but she and Martin's, “Lolo” are remembered with every song he sings.

In 1979 a year before Martin graduated from the Clayton Valley High School in Concord California, he was one of 25 kids chosen to sing in a choir that backed up Barry Manilow at the Concord Pavillion for a 3 night concert. This was his first time on a stage performing in front of thousands of screaming fans and became his peg for a dream that even to this day has been realized with every performance. Martin soon after becoming a professional singer in the Philippines on his own television talk show interviewed the touring Manilow and asked him if he remembered that time in Concord. Naturally he did not. The dream of following his father's and grandmother's footsteps is what keeps Martin driven and inspired. He had good days and bad going through many changes that seasoned him to always consider himself a work in progress. His journey is listed below and tells a story that Martin considers only the beginning of a dream come true.