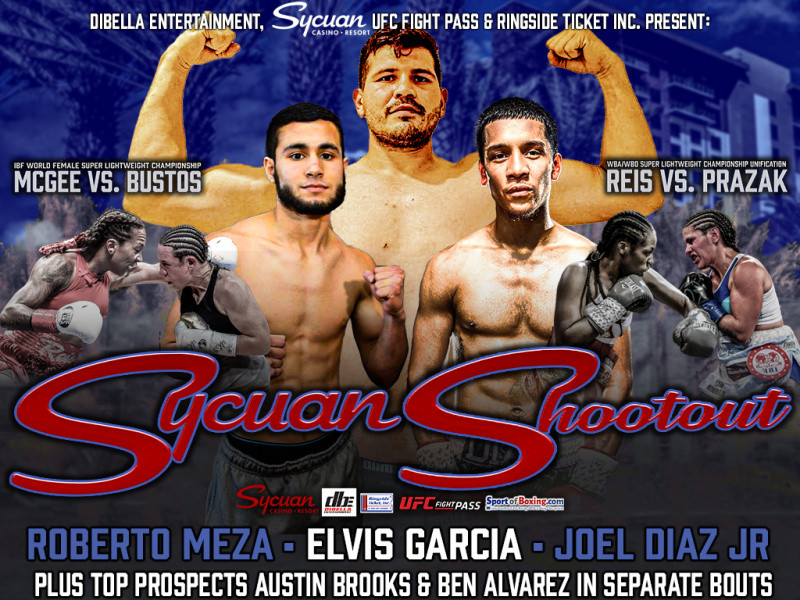 Must be 21 or older for all shows.
Some of the world’s most talented fighters and top local prospects take center stage at the “Sycuan Shootout” for a night of “don’t miss” professional boxing, streamed worldwide via UFC Fight Pass (8 PM PT/11 PM ET). In the action-packed 10-round main event, WBA Super Lightweight Champion Kali “KO Mequinonoag” Reis (17-7-1, 5 KO) of Philadelphia, the first Native American woman in boxing history to win a world championship, will defend her title against perennial top contender Diana Prazak (14-3, 9 KO) of Los Angeles via Australia in what should be a thrilling fight.

This impressive fight card has a little bit of everything and will also feature heavyweight prospect Elvis Garcia (11-0, 8 KO) of Xalisco, Mexico putting his undefeated record on the line against a local favorite and contender in the 6’ 6” Rafeal “Ell Grande” Rios (11-3, 8 KO) in an eight-round battle.

This will be a spectacular night of boxing action that you won’t soon forget!