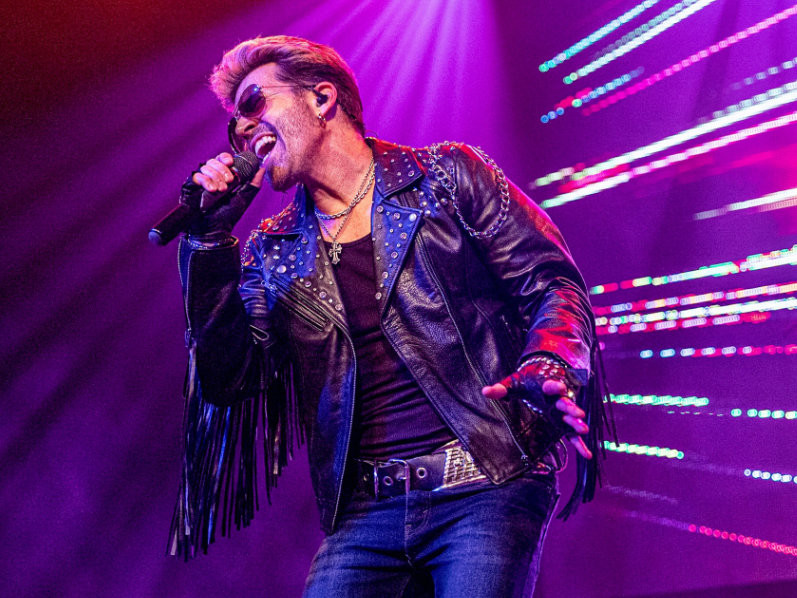 It’s a rare thing to look, sound, and even command the stage like a legend. George Michael Reborn Starring Robert Bartko possesses all those rarities and elevates the live experience of one of music’s biggest selling artists. George Michael Reborn is the ultimate concert escape that features absolutely no lip syncing, spot-on dance moves and celebrates the iconic image of the 80s star down to the ripped jeans. From the early WHAM! days hits like “Wake Me Up Before You Go Go”, to the sensual melodies of “Careless Whisper” to the arsenal of hits from the groundbreaking “Faith” album, Bartko embodies the beloved pop star. If you ask him, Bartko will admit that he’s been working on George Michael Reborn in some way his whole life. It’s only been since 2019, that the US based Bartko has transformed George Michael Reborn from an acoustic set to a full-band, rockin’ live show that mirrors the late artist’s concerts. Bartko’s physical resemblance and vocal showmanship are just one aspect of the live experience – he infuses his genuine admiration. Bartko’s meticulous performance is sculpted to perfection – just as he closely crafts a setlist that covers the A and B sides of Michael’s platinum discography. If you close your eyes and just listen, you might even think you’re transported back to the montage of hits that occurred during George Michael’s more-than-three-decade reign of the pop charts.