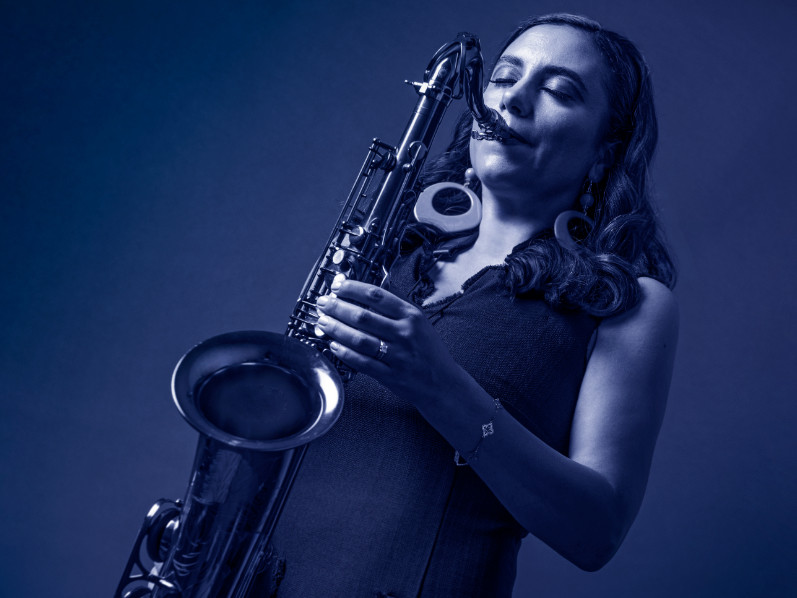 Born in Oregon and raised in southern California of Hispanic heritage, Jessy is grateful that her Hispanic fans have been inspired by her love of these musical roots.   A jazz studies graduate from USC, Jessy paved the way for her success recording with Michael Buble and touring with Jessica Simpson, The Temptations and Michael Bolton.

Starting with the immediate #1 Billboard chart success with the title track from her debut album Tequila Moon, the powerhouse saxophonist cemented her rising stardom touring with contemporary jazz greats like Lorber, Gerald Albright, Euge Groove and Peter White, She is seen regularly performing on the hit television competition shows “American Idol,’ “The Voice” and “Dancing with the Stars,’ and in more recent years has toured with Anita Baker, recorded with Robin Thicke and contributed as composer/performer to the albums of two members of Chance the Rapper’s band -  the GRAMMY® nominated Intellexual album and The Juju Exchange’s Exchange.

In conjunction with the release of BLUE Jessy embarks on a U.S. tour throughout the spring and summer.  She will also be releasing California Christmas Vol. 2 for the 2022 holiday season.

“Writing and recording BLUE was an extraordinary experience,” says Jessy. “I have missed the connection with my fans so much these past two years.  On every level--physical, emotional, spiritual – music plays such an important role in healing us. It’s like therapy, making everything in life so much better and healthier.”